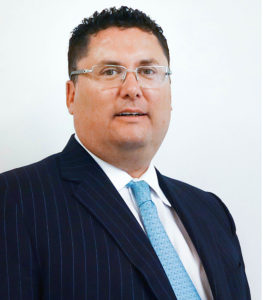 Alex P. Hamilton is a Co-Founder, Principal and President of Donald Capital, LLC.  Mr. Hamilton is a seasoned financial executive, with over 20 years of experience as a strategic advisor, entrepreneur and investor.

Currently, Mr. Hamilton, as the Chief Financial Officer and director of CBD Biotech, Inc, is driving the process of the company going public.

Since 2015, he has also served as a Senior Managing Director for Consilium Global Research, a provider of investor recognition to small and mid-cap companies.

Prior to this, from 2013 to 2014 Mr. Hamilton was the President of a well-established advisory firm providing services to both public and private companies, as well as guiding some through the IPO process.

Previously, Alex worked as a Senior Director in the Strategic Communications segment of FTI Consulting.  His focus was on the development of strategic financial communications programs providing counsel to clients around critical issues, including mergers and acquisitions, management transition, strategic transformation and changes, and ongoing capital markets program planning and execution.

Mr. Hamilton began his Wall Street career as a member of the Institutional Investor ranked teams at Morgan Stanley and Credit Suisse and as a Senior Managing Director and Director of Research at Jesup & Lamont and EarlyBirdCapital.

During his time in equity research, he covered the Aerospace and Defense sector and was ranked a top stock picker in The Wall Street Journal’s Best on the Street Survey (2008 – 2010). He has also served as a guest blogger for CNBC.com and made regular guest appearances on Bloomberg, Canada’s Business News Network (BNN), CNBC, and Fox Business.

Alex also has founded a commercial laundry company, owns and manages several pieces of real estate and is an active investor in Broadway.

Mr. Hamilton is a graduate of Brandeis University, where he earned a Bachelor’s Degree in Economics.  He holds the Series 7, 63, 24 and 79 FINRA licenses.