"No Legacy is So Rich as Honesty and Integrity"

Donald Capital, LLC is a FINRA Member Investment Bank founded with the intent to build a legacy based upon the fundamentals of Honesty & Integrity.

Founded in 2019 by senior Wall Street veterans with the primary focus to become the Premiere Boutique Investment Bank servicing clients around the globe.

The Co-Founders & Principals of Donald Capital have launched several initiatives over their extensive careers to serve this part of the market. They are very familiar with the challenges facing companies in this market and have the unique perspective to provide solutions.

Donald Capital focuses on a market that has not been properly served for some time - the Private, Micro, Small and Midcap Markets.

Donald Capital aspires to be a trusted advisor, one that will work along side their clients as a partner to help companies attain their near and long-term objectives.

Donald T. McDonald is a Co-Founder, Principal & CEO of Donald Capital, LLC.  Mr. McDonald is a seasoned financial executive with over 30 years of experience on Wall Street. 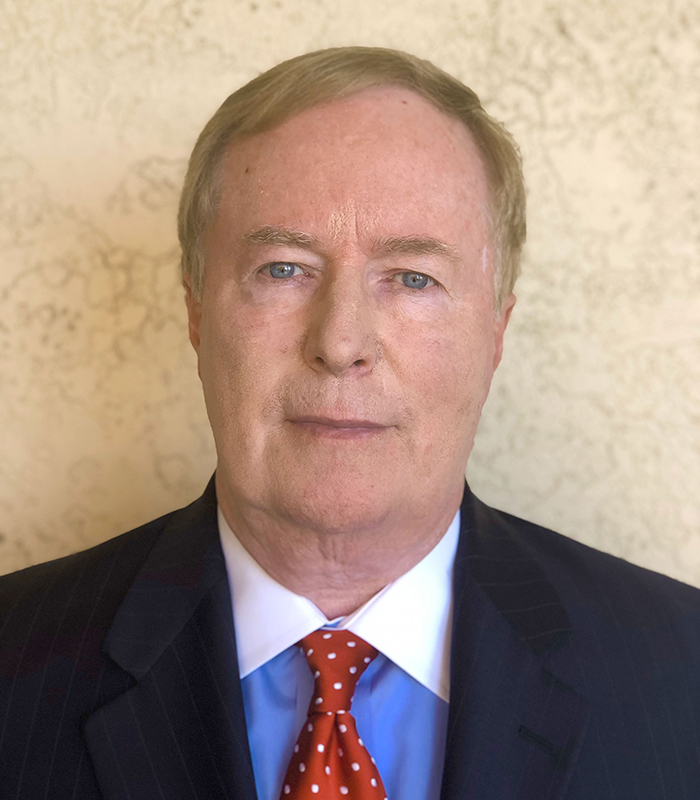 Alex P. Hamilton is a Co-Founder, Principal, President and Head of Investment Banking of Donald Capital, LLC. Mr. Hamilton is a seasoned financial executive, with over 25 years of experience as a strategic advisor, entrepreneur and investor.

Mr. Hamilton began his Wall Street career as a member of the Institutional Investor ranked teams at Morgan Stanley and Credit Suisse and as a Senior Managing Director and Director of Research at Jesup & Lamont and EarlyBirdCapital.

Our company is a collective of amazing people striving to build a delightful future.

Alex P. Hamilton is a Co-Founder, Principal, President and Head of Investment Banking of Donald Capital, LLC.  Mr. Hamilton’s 25+ year Wall Street career, primarily started in equity research at Morgan Stanley and Credit Suisse as a member of the Institutional Investor (II) ranked team.   The team was ranked #1 by II every year eligible and on the All-America team ever year eligible.  While a member of the team, he participated in 30+ aerospace/defense equity/debt offerings/IPO’s raising over $11 billion.  He later went on and lead as Senior Managing Director and Director of Research at Jesup and Lamont and EarlyBirdCapital (pioneer in SPAC’s).

During his time in equity research, he was ranked a top stock picker in The Wall Street Journal’s Best on the Street Survey (2008 – 2010). He has also served as a guest blogger for CNBC.com and made regular guest appearances on Bloomberg, Canada’s Business News Network (BNN), CNBC, and Fox Business.

Alex’s vast and expansive experience includes having been CFO and has gone through the process of going public as an operator.  He also currently serves as a board member of private and public companies. Alex is very active in investing and operating alternative investments.

Mr. Hamilton is a graduate of Brandeis University, where he earned a Bachelor’s Degree in Economics.  He holds the Series 7, 63, 24 and 79 FINRA licenses.

Mr. Davies has 15 years of experience advising on healthcare investments as a consultant and investment banker. During that time, his focus has been on private and publicly-traded emerging growth companies and their institutional investors.

Prior to moving into investment banking and advisory, Davies founded and managed an outpatient surgery center, and was a board certified Hand Surgeon and Plastic Surgeon. His training included a Micro Surgery Fellowship with Ian Taylor in Melbourne, Australia; an Aesthetic Fellowship at New York University and the Manhattan Eye and Ear Institute under Tom Reese; a Craniofacial Fellowship at the University Hospitals in Cleveland under Bahman Guyuron; and a Plastic Surgery Fellowship at Northeastern Ohio School of Medicine, where he served as Associate Professor of Plastic Surgery. Davies has authored over 30 journal articles.

Davies graduated from Medical School at Indiana University, where he also received his undergraduate degree. In addition to his medical education and training. Davies earned a MBA from the University of South Florida. He holds FINRA Series 24, 63, 79, and 82 registrations.

Jason Orr joined Donald Capital, LLC as a Senior Vice President of Investment Banking in August 2020. Since 2013, Jason has led or co-marketed over $200 Million worth of sell-side M&A projects and capital raises in the oil and gas service, tech and healthcare (pharma, biotech, devices) industries.

Prior to becoming an investment banker, Jason held positions in consulting, international business and corporate development (including over $90M of buy-side M&A and $100M+/year of capital projects) in Brazil, Canada and the US.

She received her Bachelor of Science degree from the University of California, Berkeley and her Medical Degree from the David Geffen School of Medicine at UCLA.

She holds FINRA Series 82 and 63 licenses.

Mr. Davidson joined HealthCare Capital Advisors in August 2001. He specializes in the placement of equity to the venture capital community, hedge funds, and private equity funds, and structuring strategic partnerships for HealthCare Capital Advisors’ investment-banking clients. Prior to joining the company, Scott served as a lead consultant with Allen & Company, a professional management-consulting firm serving clients throughout the United States. Prior to Allen & Company, Scott was a Research Associate in First Albany Corporation’s Equity Research Department in New York covering a wide range of companies. Scott holds a Bachelor of Arts in Economics from Harvard University. He earned the Chartered Financial Analyst (CFA) designation and is Series 7 and 79 licensed.

Mr. Venezia co-founded HealthCare Capital Advisors after 13 years on Wall Street. His experience in healthcare investment banking and equity research at Raymond James & Associate, one of the nation’s largest investment banking firms, positioned him to launch HealthCare Capital Advisors in 2000. Harry manages the investment banking services for HCCA’s clients, directly working with more than 800 institutional healthcare investment firms throughout the United States, Europe, and Asia. He also consults with clients to develop proper positioning prior to entering the capital markets. He is Series 7 and Series 79 licensed and has been designated a two-time Wall Street Journal “All-Star Analyst”. Harry earned an A.B. in Economics and Biology at Duke University. After being accepted to the Duke University Medical School in 1984, he decided to focus his career in healthcare financial services. Harry holds an MBA from the Fuqua School of Business at Duke University. His colleagues at the Duke Tampa Bay Club will attest he truly bleeds Duke Blue. Harry is an active alumni volunteer. In 2013, he was honored with the national Forever Duke Award recognizing his volunteer leadership with the Duke Alumni Association. Harry also volunteers in leadership and mentor roles for the Tampa Bay Technology Incubator, the University of South Florida Research Foundation, the Tampa Bay Innovation Center, and the Tampa Bay Technology Forum.

Mr. Razavi has more than 20+ years working on Wall Street, a long and varied career of accomplishment in the financial industry.​

Prior to joining TAP IDEA, he was managing director of business development for SkyPower Global (the largest solar developer in North America) and helped raise financing for a large project in Uzbekistan.

In the mid-1990s, along with two of his partners, Mr. Razavi left Merrill Lynch to start Maxwell Capital (private investment banking firm). Maxwell eventually created and financed Go2net (MetaCrawler), which became one of the Internet’s top search engines at the time. Maxwell was sold to National Securities in 1997.

Mr. Razavi has also been managing partner for a boutique advisory and placement firm in Switzerland that assisted private equity firms with fundraising requirements among institutional and family office investors in Europe and the Middle East.  Mr. Razavi has also served as an advisor to hedge funds.

Let's design the solution you need.

Donald Capital’s investment banking group is highly focused and deeply experienced in managing complex strategic and financial transactions. Our industry focus includes a core mandate of creating and maximizing value for our clients. Our unique capabilities provide us a competitive edge to understanding key business drivers and a company’s value proposition. We convey that value to potential buyers and financing sources to support the execution of a merger, acquisition or capital investment.

Through our corporate partner, we are able to provide Insightful Wall St. research coverage for public companies looking to raise their profile in the investment community. The research report is written by senior Wall St. analysts and is widely distributed to high net worth individual investors , Institutional money managers, and various research databases. The research coverage provides the Foundation for any Investor outreach program.

All investments involve risks and the private, micro, small and midcap markets are subject to unique risks.
READ MORE